As far back as in 2017, India had already overtaken the US in app downloads and according to App Annie’s forecast by 2022, we will have 37.2 billion downloads a year, a growth rate of 207% - making India by far the fastest growing app market in the world.

Also, a rapid rise of non-organic installs suggests maturation of the market and according to Forbes, eMarketer predicts that mobile ad spend will increase from to $1.7 billion in 2021. Needless to say, this represents a terrific opportunity for apps which gain traction because the vast majority of impressions in India are in-app as opposed to the mobile web.

To gain further perspective, and understand the importance of CPI model for marketeers, according to AppsFlyer's State of App Marketing in India report, there was a three-fold increase in the average number of installs per app in January 2018, as compared to the previous year with a marked overall jump in non-organic app install count. The report attributed the jump to the lower price of media - about 30 cents for an install - and an increase in the share of non-Indian apps running campaigns in India.

In light of these facts, it makes a lot of sense to discuss the various options available for affiliate marketing, and one of them happens to be CPI.

CPI stands for Cost-Per-Install, and in layman terms, it is a marketing method wherein the advertiser makes a payment to the publisher only if the advertised app is installed on users’ devices after they clicked on the ad.

This payment varies across platforms and industries in different countries. 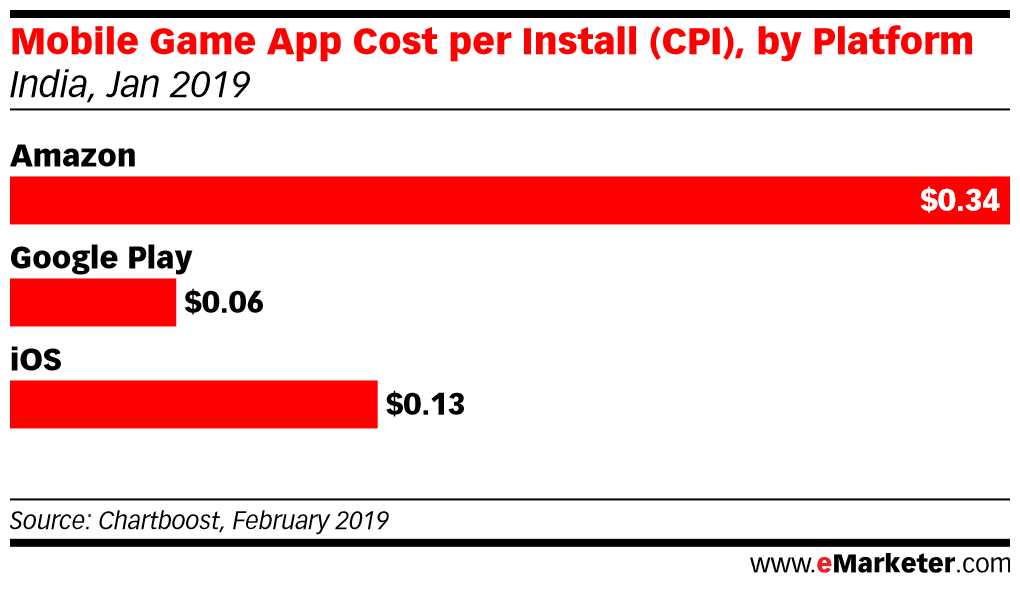 CPA, Cost-Per-Action, is another payment arrangement between the advertiser and the affiliate. CPA works by charging the advertiser only when a user has performed some specific action in their app.

In theory, this may seem like a more attractive option to advertisers because the publisher is being paid only after a pre-decided, meaningful action has been taken by the user, thereby decreasing the chances of fraudulent activity. The ground reality, however, is far from this simplistic theoretical view.

For one, CPA campaigns depend upon both the advertiser and publisher agreeing upon the definition of the quintessential ‘action.’ Understandably then, these campaigns are harder to arrange because they require deeper integration - which involves privacy risks as well as the effort involved in bridging technical challenges.

Moreover, the reduced risk for the advertisers in a CPA arrangement is balanced by an increase in risk for the publishers, driving up the costs.

CPI, on the other hand, works in a more mutually-beneficial way. It delivers users to the advertiser and accepts the fact that publishers with an engaged user base can provide value even without driving the users to perform a specific action. CPI, being cost-friendly, is also more widely available; its associated traffic available in vast quantities and easily bought.

As a result, according to the Economic Times, CPI marketing remains the best buying method for advertisers looking to purchase traffic.

Other side of the coin

Like everything else in marketing, CPI affiliate marketing also comes with its own set of shortfalls and trade-offs.

The costs for this model scale up as per competition across various parameters like countries and app categories. For example, users who play strategy games are 2.4x more valuable than those who play racing games, or, the cost of promoting an iOS app will be much more in say, Spain, than in India.

Another thing that miffs of advertisers are the low-quality users and high uninstall rates associated with CPI campaigns.

To each hand the glove that fits it best

Both CPI and CPA can only be as good for a business as the business is well-suited for either of them.

Applications which work on a subscription-based model find it better to go for the action-oriented approach of the CPA model. It ensures that payments are made to the affiliate only for customers that matter to the business, and quality of customers is more important in such case than quantity. In contrast, for mobile games and similar applications, which require a large number of users to make their presence felt in the market, CPI is the ideal, hassle-free solution.

To decide which model works best for you, you must first understand the overarching objectives of your business, and then weigh the pros of each model vs the cons of it. With this unbiased weighing of options, we are sure you will be at the top of your marketing game soon, if you are not there already!

The Rise of Omni-channel Marketing, and Why Retail Brands Should Take Note